Birth of the BLUEJAY

Since 2018 the ITPS has been developing a Manned Remotely Piloted Aircraft (MRPA) capable of being flown as a drone today within the National Airspace. Current Canadian Air Regulations for UAVs prohibits flight above 400ft or Beyond Visual Line of Sight (BVLOS). This meant the school, that trains Test Pilots and Flight Test Engineers (FTE) was unable to learn their skills needed to test UAVs in the real environment where future remotely piloted aircraft will operate. Instead, ITPS is  developing a "drone" aircraft with a pilot on board (as a safety feature), so they can fly anywhere, while being controlled and tested using telemetry from the ground. This is a collage of scenes from the first ground and flight test program of their Rutan 61 (Long-EZ) that will be known as the "BLUEJAY".

Being a "Fly-By-Wire" flight control system, it also offers the school it's first "Variable Stability Aircraft" teaching tool at a very low cost of entry. Other fly-by-wire aircraft typically cost an order of magnitude (10x more) and with not whole lot more necessary capability. The BLUEJAY is also planned to be used for ITPS International Tactical Training Course (ITTC) teaching fighter pilots, UAV pilots and sensor operators how to plan and collaborate on operational surveillance, reconnaissance and targeting missions both in and outside controlled airspace. Until drones are allowed to fly within the national airspace, the BLUEJAY brings a wealth of Flight Test and Operational Training scenarios within reach today.
Drone Close Encounters - This video demonstrates how difficult it is for both Pilots and drone operators to see each other when operating in the same airspace.  This is a well planned and thoroughly briefed exercise that was 3 months in the making and provides clear evidence that Drone pilots should always stay below 400ft and airplane/helicopter pilots should stay above 500ft unless taking off or landing. Neither can see each other in time . . At most . . . you each literally have about 6 sec to respond AFTER you see each other. A drone operator has a definite advantage over an aircraft pilot, in that they can HEAR a nearby airplane, usually before they see it. This video demonstrates that an aircraft pilot has literally seconds to acquire and respond if they ever see a drone at all before they pass by. These pilots were trying to find a drone that was stationary and exactly 400ft above a single tree in the middle of the field. They knew exactly what it looked like and were it was hovering . . not moving . .Hard to miss you'd think. After some 20 passes the drone was only seen a total of 3 times by two of the pilots and camera crews.
Shorter 3 min. version with commentary - full 6 min version available here at VIMEO

How to Fly with General Aviation

Much is made of the risk drones pose to people, to privacy and especially to aviation. On Oct 30, I am presenting a lecture at the International Unmanned Systems Canada Conference 2018 on the topic to explain that UVAs and Drones DO NOT pose a threat to General Aviation any more than any other pilot flying any other plane. Get qualified, Obey the Rules, and we can all get along quite nicely. Here is a short clip of some of the flying done this past year. It can be done safely. Hope to see you in Vancouver.

If you like looking at war birds while you think about those who served and cared for them then this video is for you. This particular B-25 "Mitchell " Bomber served with US forces in Corsica Italy in 1944 and now flies public relations flights with the Commemorative Air Force out of Mesa Arizona. It is thanks to  all those who flew and cared for these an so many other  flying machines in 1944, that we now live in a free society . . . An impressive bird with all it's warts and scars.

Still Photos from the ground were done by Dr Ian Sanderson, Observer for www.inskyphoto.com 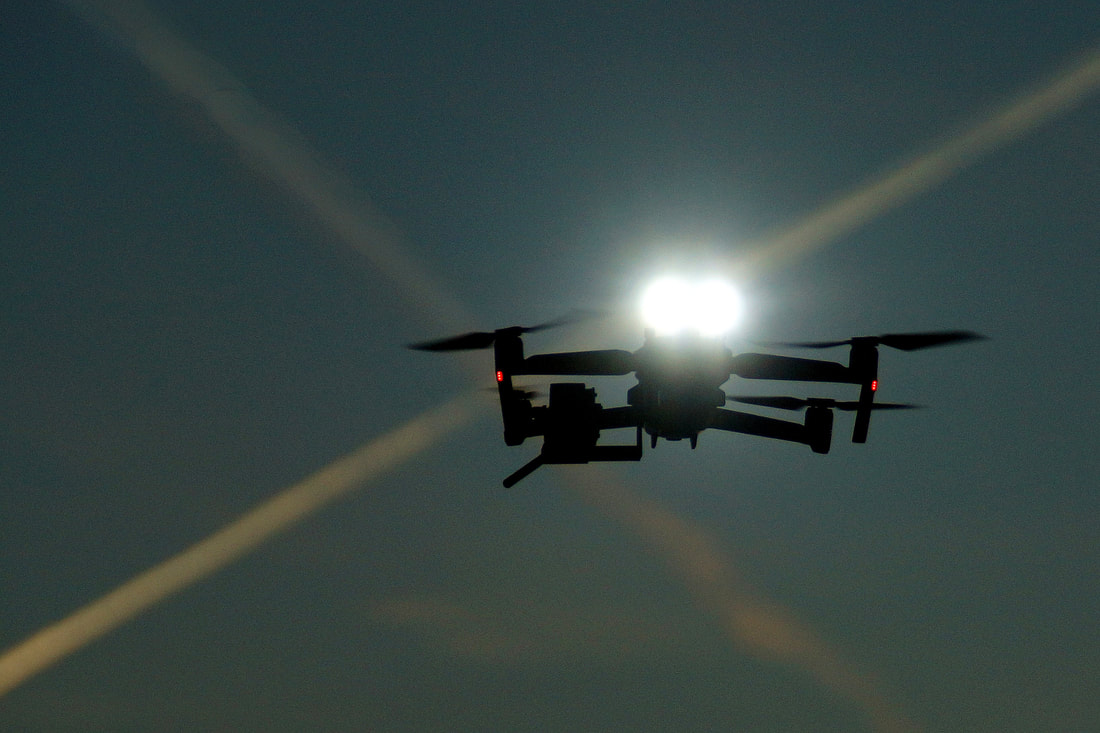